If you make a middle-class income; there is a good chance that you believe that regular vacations are for rich folks. As a result, you probably go on holidays once in 5 years, or you may feel the need to save a decent sum of money before considering a short getaway. Vacations can be expensive, this is mostly true but let’s emphasize on the word ‘Mostly,’ as many vacations can be surprisingly pocket-friendly provided you make it a point to research cheap holiday destinations in India. Fortunately finding budget-friendly vacation hotspots in India is not a tall task. To aid you in your efforts; compiled below is a top 10 list of the India’s budget vacation destinations with an emphasis on budget-friendly accommodation, cheap yet delicious local cuisine and all the thrills and adventures of a memorable vacation minus the pocket-pinch. So Let’s Get Started. 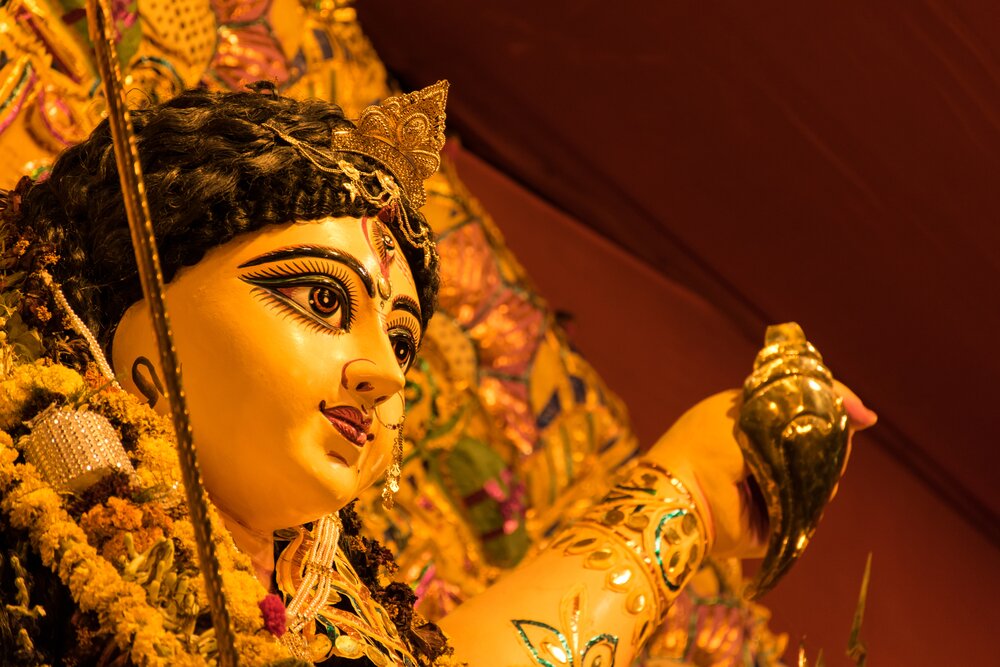 This is the city of Jorasanko Thakur Bari, the ancestral home of the Nobel Laureate, Rabindranath Tagore, and is also home base for Missionaries of Charity, Mother Teresa’s very own labor of love. The city is littered with cheap yet delicious street food vendors, budget accommodation is easily available, and transportation within Kolkata is surprisingly affordable for a metro city. The highlights of any getaway to Kolkata is shopping at Kolkata’s famous New Market which was originally built for the city’s British residents during colonial times, visits to Victoria Memorial, which is an exquisite monument and colonial history museum and the Indian Museum, which is the country’s oldest and largest museum.

Darjeeling for its Exquisite Beauty 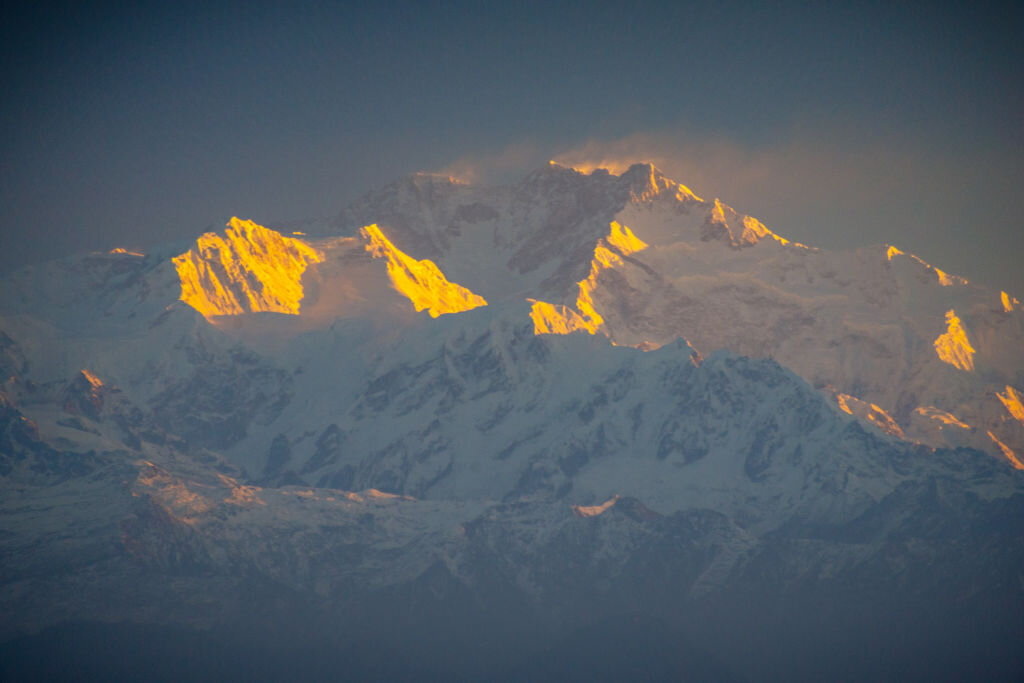 For residents of the North Eastern region of India, Darjeeling is a budget holiday destination that is truly worth considering. Not too far away from Kolkata, Darjeeling in West Bengal was the summer capital of the country during colonial rule. As such, Darjeeling has a rich history that can be compared to that of Kolkata and its natural beauty is a definitive bonus. This tiny city at the foothills of the Himalayas is known for the Darjeeling Himalayan Railway which is a UNESCO World Heritage Site, sprawling tea plantations and the unmatchable view of the magical Kanchenjunga. 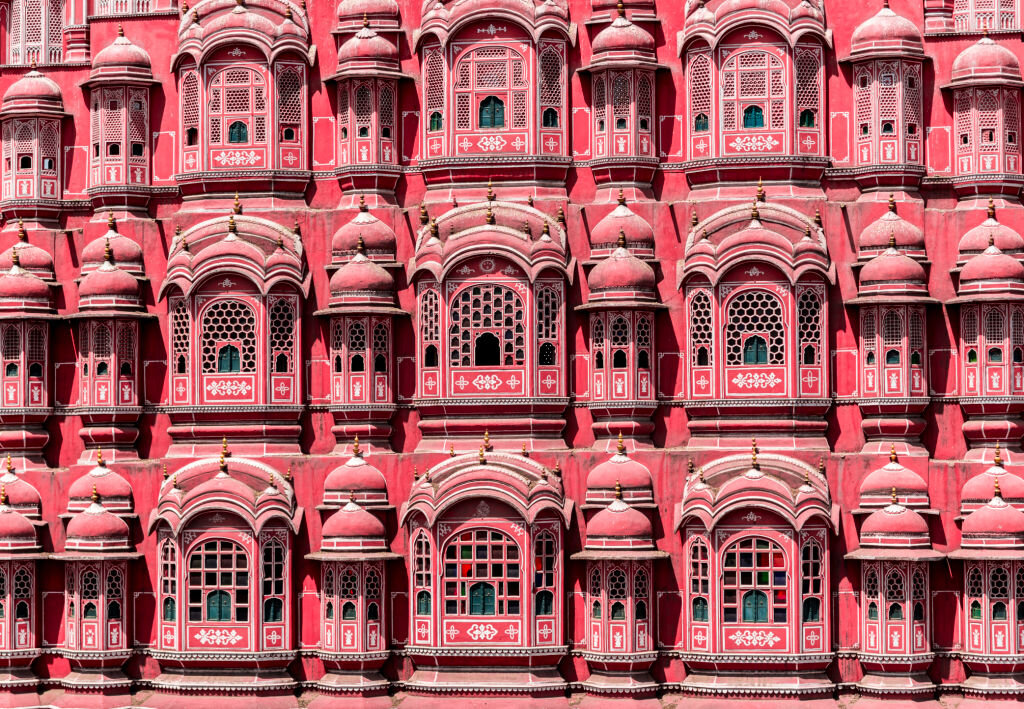 For Delhiites, Jaipur is a backyard vacation and for excellent reasons. The journey from Delhi to Jaipur is short, but these two cities are as different as chalk and cheese. Delhi is a metro city that means business, but Jaipur is a land of exquisite palaces, centuries-old monuments, exquisite Rajasthani cuisine, camel safaris and plenty of shopping opportunities for local folkcrafts that serve as exquisite mementos and memorabilia of your Jaipur vacation. The cost saving aspect of a Jaipur vacation for Delhiites lies in speedy and budget-friendly transportation options from Delhi to Jaipur and vice-versa.

Sikkim for a Holistic Holiday 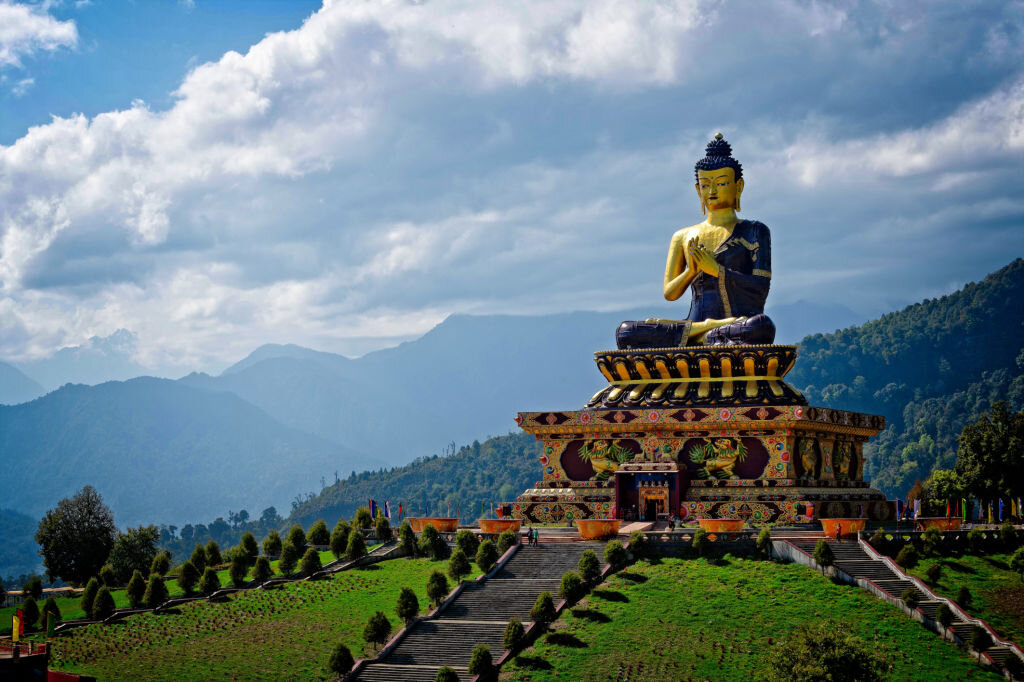 With about 40% of Sikkim being forested, this is truly India’s organic state and a great budget getaway for a holistic holiday. Sikkim is known for its picturesque sights, and if you are looking for relaxation and rejuvenation, there is nothing better than being in lush valleys surrounded by snowcapped mountains. Accommodation in Sikkim is genuinely suitable for the budget traveler, and the local cuisine is delicious yet inexpensive. Nathu-La Pass, which is the Indo-China border, the beautiful Tsongmo Lake and the monumental Rumtek Monastery, are a few the many sightseeing highlights of Sikkim. 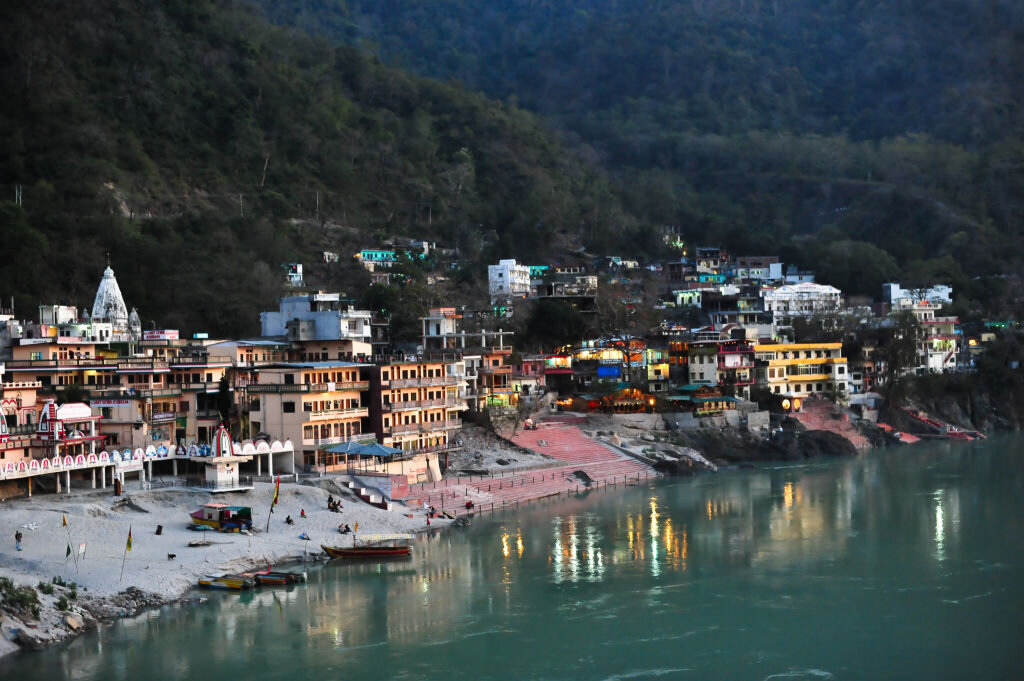 Rishikesh in Uttarakhand is a small town on the banks of the River Ganges. This town is a paradise for Hindu pilgrimage and is an undeniable spiritual retreat for those overcome by the superficial demands of city life. What Rishikesh has to offer; is truly soul food. This temple town is the Yoga Capital of the World and is the first stop on the Char Dham Yatra (Journey of the Four Sacred Shrines) for Hindus. Even for the non-religious individual, Rishikesh is an exciting vacation owing to its rich culture and traditions and in all probability; one does not have to be religious to enjoy a spiritual high. Rishikesh vacations are cheap owing to ashram accommodation that costs little or nothing and inexpensive local cuisine.

Goa for The Go-Getter 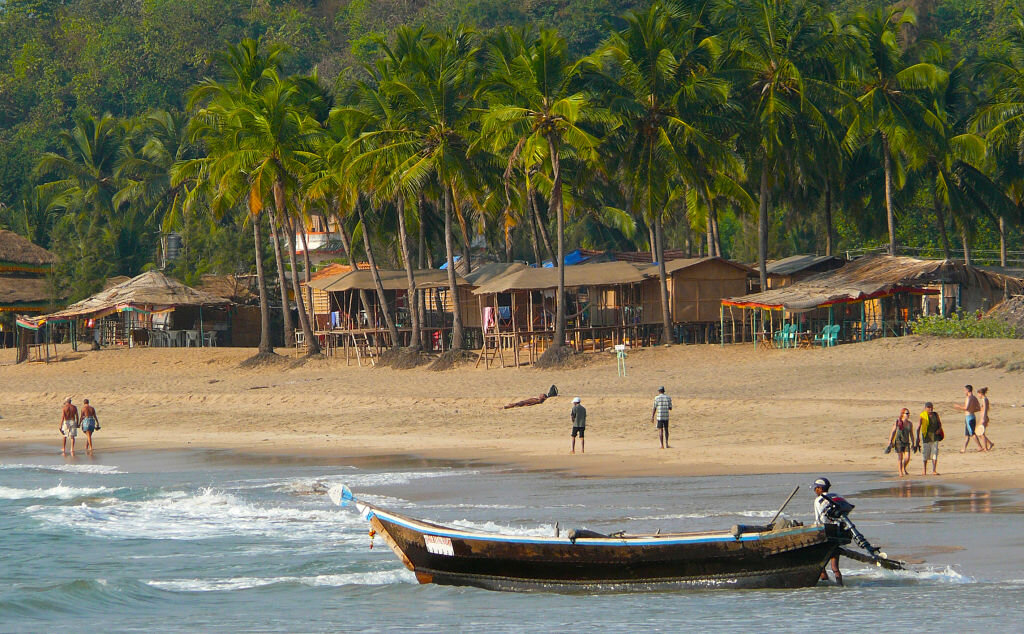 Goa is truly for the go-getter as there is always something to do in Goa. Fortunately, a Goa getaway will not put you out of pocket, and a visit to this coastal state is all about the sun and sand on its many beaches. Arjuna, Calangute, Vagator, and Candolim are a few among many popular beaches in the state. Your beachside holiday in Goa is defined by the thrilling nightlife, hours spent relaxing on the beach, watersports, beach shacks for delicious food and inexpensive wines and spirits and many of the country’s oldest and most monumental Roman Catholic churches. 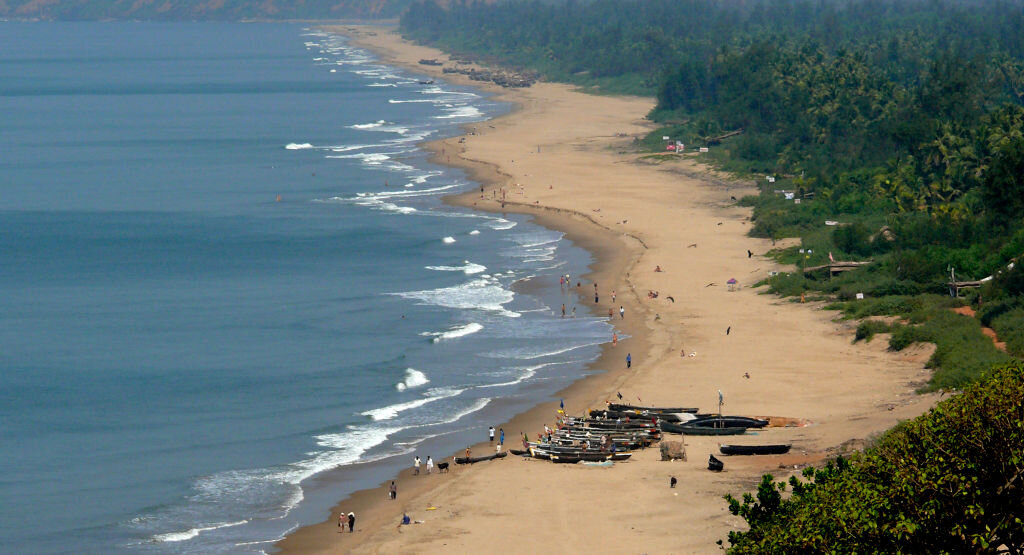 Gokarna is a seaside pilgrimage town in Karnataka; which literally translates to ‘cow’s ear’ in the local dialect. While Gokarna is known for its temples and shrines, only recently has the town been recognized for its potential for beach tourism. Gokarna beach is just as beautiful as any beach in Goa, minus the crowds. Accommodation here will not burn a hole in your pocket, and the local cuisine is inexpensive yet delectable. 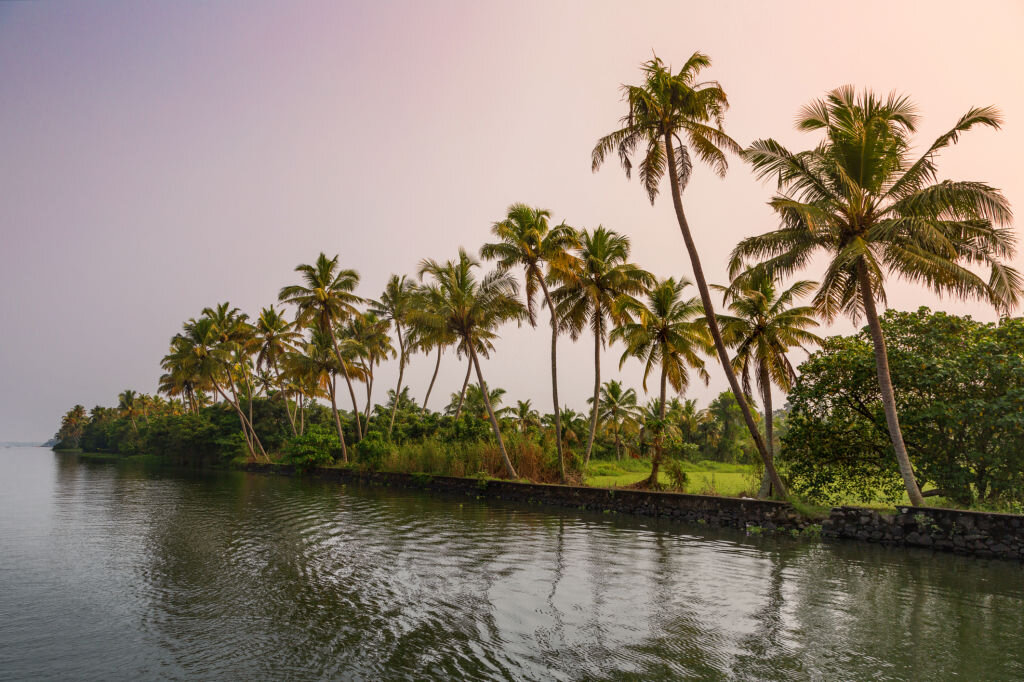 Alleppey, also known as Alappuzha, is a major district in Kerala which delivers the most beautiful budget vacations. If Kerala’s backwaters have always been on your getaway bucket list, consider Alleppey, which is also known as India’s Venice. The temperate climate and backwaters ecosystem of Alleppey are the highlights of any vacation here, and the green cover and local flora and fauna is an ecotourist’s delight. 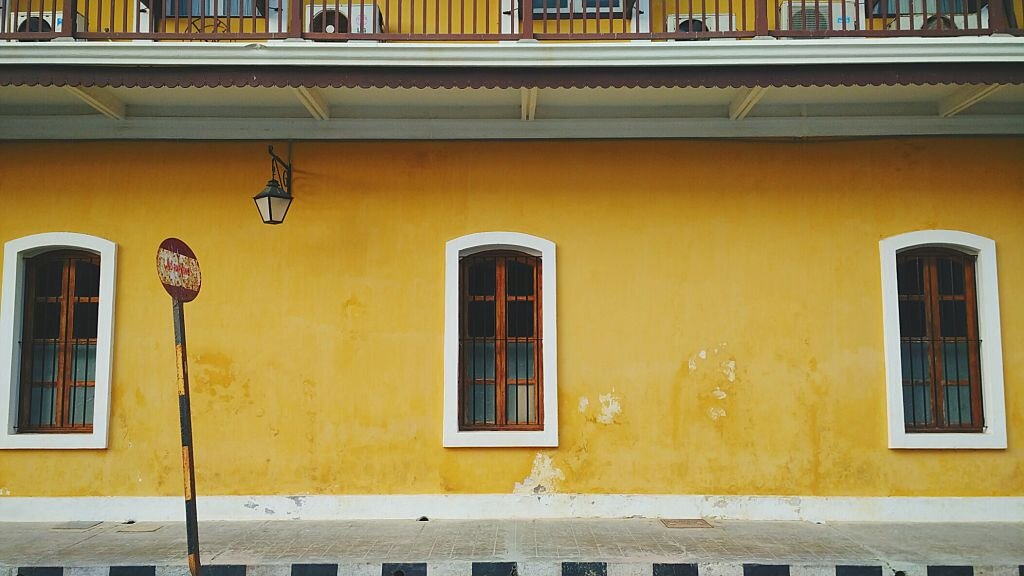 Pondicherry, Puducherry, and Pondy are one and the same city in the Union Territory of Puducherry. Yes, that’s a lot of similar sounding names! This former French Colony is tantamount to stepping into a time machine and being transported back in time. The city is known for its French colonial architecture, old churches, the Pondy Beach and Promenade and multiple other tourist highlights. In keeping with an emphasis on budget trips in India; accommodation and local cuisine is quite inexpensive in this former French colony. 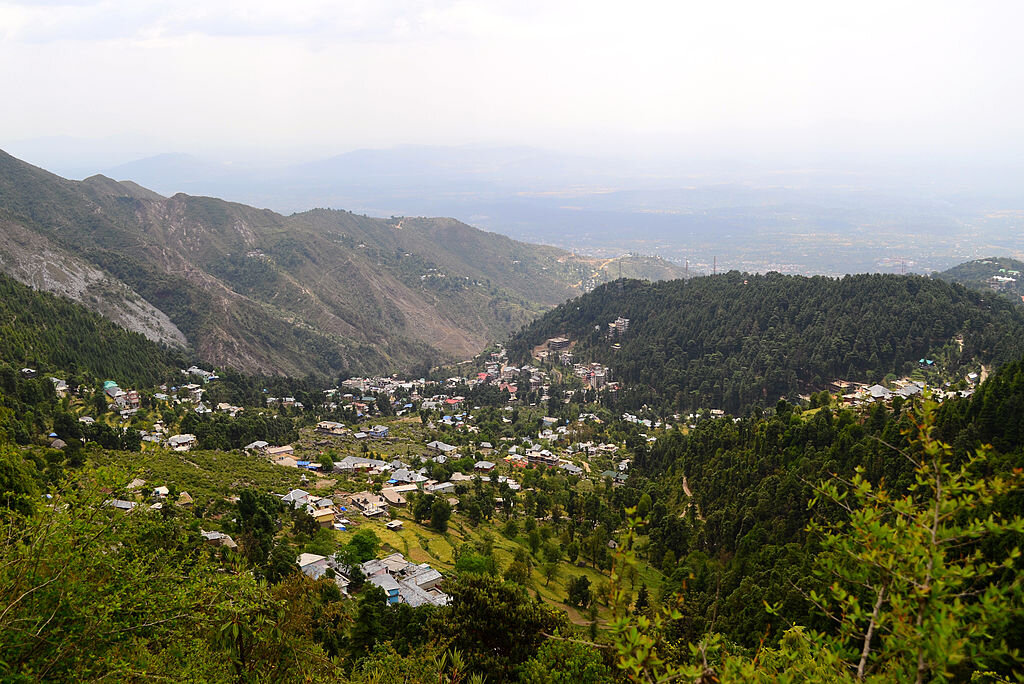 Mcleodganj in Kangra District of Himachal Pradesh is a popular tourist destination for budget vacations. Considering the popularity of this suburb in Dharamshala, it is surprising that Mcleodganj is never crowded or dirty and retains its original characteristics. The same cannot be said for many other tourist destinations, and the beauty of Mcleodganj lies in its exquisite natural vistas and its view of the snow-capped Himalayas.

Keeping this list in mind; there is truly nothing holding you back from enjoying a relaxing vacation. This list effectively takes care of the budgetary constraints of taking a much-needed break!

The 5 Most Romantic Cities in Europe

10 Places You Can Visit In India On A Shoestring Budget