5 Must See Medieval Cities in Europe

The growing trend among people has been spending holidays in Europe. European medieval cities are a must-see for its culture, history, magnificent architecture and medieval festivals for reenactors all over the world.

As you will see, each city hosts medieval festivals. You must come prepared in a medieval costume or if you are a medieval devotee, in a full medieval armor.

A town steeped in history dating back from 71 AD, you cannot find more medieval place than York. Its center is enclosed by medieval walls, the most complete ones in whole England. When you visit York Castle built by William the Conqueror, drop by the York Castle Museum. Iconic York Minster, the largest medieval cathedral in Northern Europe and the seat of the Archbishop of York is the jewel of the city’s crown. One of the most prominent attractions is the Shambles, a narrow medieval street. With the Jorvik Viking Centre and the Richard III Museum, York definitely merits a visit.

Prague, the hopelessly romantic city is brimming with medieval sights and attractions. Transport yourself back in time with a visit to the Old Town Square featuring remarkable Prague Orloj, a 15th medieval astronomical clock. Medieval markets during Christmas and Easter on the Old Town Square are not be missed. Prague’s medieval history is woven into every part of the 15th century Charles Bridge. It is renowned for its alley of 30 exquisite statutes. Visit the 9th century Prague Castle. To complete your medieval experience, explore Medieval Tavern and take part in the reenactment of the Battle of White Mountain which takes place every year in September in Hvězda Park in Prague.

The birthplace of Mozart, Salzburg is considered one of the most beautiful medieval cities. The 11th Century Hohensalzburg Castle was never conquered, and it includes the famous aerophone of more than 200 pipes and the most magnificent medieval prince apartments. The castle is famous for medieval festivities. Once packed with traditional trade shops, the remarkable streets Steingasse and Getreidegasse have retained its medieval charm. Beer enthusiasts should definitely pay homage to the monastery of Mülln’s brewing tradition and spend some time in the monastery’s pub, the Austria’s largest beer inn.

This canal-based city known as “the Venice of the North” received its city charter at the beginning of the 12th century. At its heart lies the belfry of Bruges, a medieval bell tower which has a carillon of 47 bells. The landmark of the city is the Church of Our Lady. This breathtaking building houses the Madonna of Bruges, the Michelangelo’s only sculpture which has left Italy within his lifetime. Visit the Groeningemuseum for the substantial collection of medieval paintings. The 12th Century Basilica of the Holy Blood is well known for the relic of the Holy Blood. Every year since the Middle Ages, the relic is paraded and inhabitants dressed in medieval costumes take part in procession.

Powder white beaches are not the only landmark of the Greek island of Rhodes. The Medieval Old Town of the City of Rhodes has proudly stood the test of time since the 4th century BC. The notable features of the city are 11 gates. The Palace of the Grand Master, the today’s Byzantine museum has been built on the ruins of a Byzantine palace. The Decorative Arts Collection is also worth visiting with its costumes, embroidery, woodwork, metalwork and pottery objects. Another reason why you should explore the medieval city of Rhodes is the Medieval Rose Festival which revives the medieval life of the city.

Dive into the Middle Ages visiting these great cities. You will learn so much, and at the same time you will have a hell of a fun. 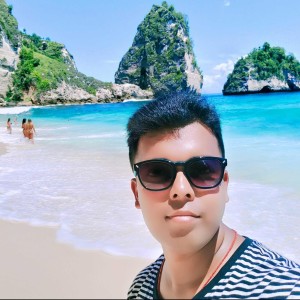